cancel confirm NSFW Votes: (0 votes)
Are you the publisher? Claim or contact us about this channel.
0
Showing article 2121 of 2705 in channel 7700143
Channel Details:
Viewing all articles
Browse latest Browse all 2705
0
0 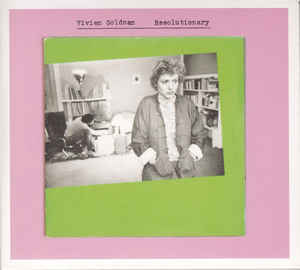 Just about freaked when I saw John N had shipped  me these, I've been sort of a semi-fan of Vivien Goldman for a while.......she's done a lot of different things, notably for some perhaps Flying Lizards, she also had a track on the "Anti NY" Compilation (included here).....this is pretty much, as far as I can tell, is a pretty damn comprehensive look at her career, with various bands and on her own.....read the article attached, you'll be surprised how much great shit she has been a part of........until next time, thanking the legend John N for yet another winning submission.

WHO IS VIVIEN GOLDMAN?  In case that was you saying that to yourself when the email came into your inbox, here is a brief idea: journalist, writer, musician, professor of punk

musician
(1) a member of the Parisian new wave duo Chantage, which gained modest fame in France.
(2) solo effort "Dirty Washing EP" released in 1981 with tracks produced by John Lydon and Adrian Sherwood and featuring Keith Levene, Steve Beresford, and others.
The EP appeared first on Ed Bahlman's iconic 99 Records imprint on 3 June 1981.
(3) The song "Launderette" was included on Gomma Records'"Anti NY" compilation and the Chicks On Speed-produced Girl Monster collection.
(4) contributed vocals on "Private Armies Dub" (or "P.A. Dub") to the New Age Steppers' self-titled debut
(5) a member of The Flying Lizards
(6) a member of The 49 Americans
(7) co-wrote the Massive Attack song "Sly" 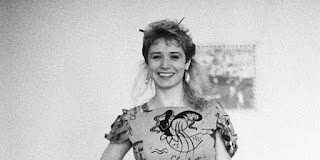 No One's More Punk than Vivien Goldman | Pitchfork
pitchfork.com
The title of a brilliant new reissue collecting Vivien Goldman’s small contribution to recorded music says it all: not revolutionary, but Resolutionary. Over her ...
REVIEW: http://pitchfork.com/reviews/albums/21895-resolutionary-songs-1979-1982/

Vivien Goldman: Resolutionary (Songs 1979-1982) Album ...
pitchfork.com
Resolutionary (Songs 1979-1982) reintroduces us to the indomitable Vivien Goldman—music journalist, reggae scholar, NYU’s “Professor of Punk”—whose ...
ARTICLE/VIDEO: http://www.npr.org/sections/therecord/2016/05/20/478807663/watch-a-long-lost-video-for-vivien-goldmans-launderette
Watch A Long-Lost Video For Vivien Goldman's 'Launderette'
www.npr.org
Unseen since shortly after it was made, this music video is a charming snapshot of the early-'80s London life of its creator, the punk and reggae musician, scholar ...
TRACKLIST INFO:
https://www.discogs.com/Vivien-Goldman-Resolutionary/release/8205119 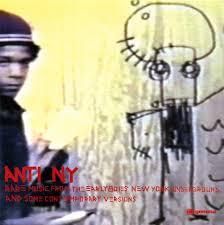 Re: The fossil remains of Sinosauropteryx dinosaur recently discovered in